Enhancing Collaboration Throughout the National Air and Space Museum Project The Smithsonian Institution’s National Air and Space Museum is an iconic landmark on the National Mall in Washington, D.C. It was originally built in 1976 to accommodate three million visitors annually.

Today the Museum welcomes eight million visitors annually – making it one of the most visited museums in the world! To address deficiencies related to the building systems and envelope, the Clark/Smoot/Consigli team partnered with the Smithsonian to revitalize the iconic museum.

With Revizto, Jack’s team was able to seamlessly communicate challenges and deliverables throughout all project phases.

We suggested using Revizto because this is a long-duration project. There are issues that we’re coming up against and solving today that may not come up until a later phase. We’re recording all of these decisions. Truly, Revizto became the institutional memory of the project. Issues come up all the time, and how do we track them? Especially on a project that’s a six-year construction schedule. The ability to track these issues, assign deadlines and assign priority status has been truly critical. Everybody’s collaborating. Everybody’s coming in with a solution. 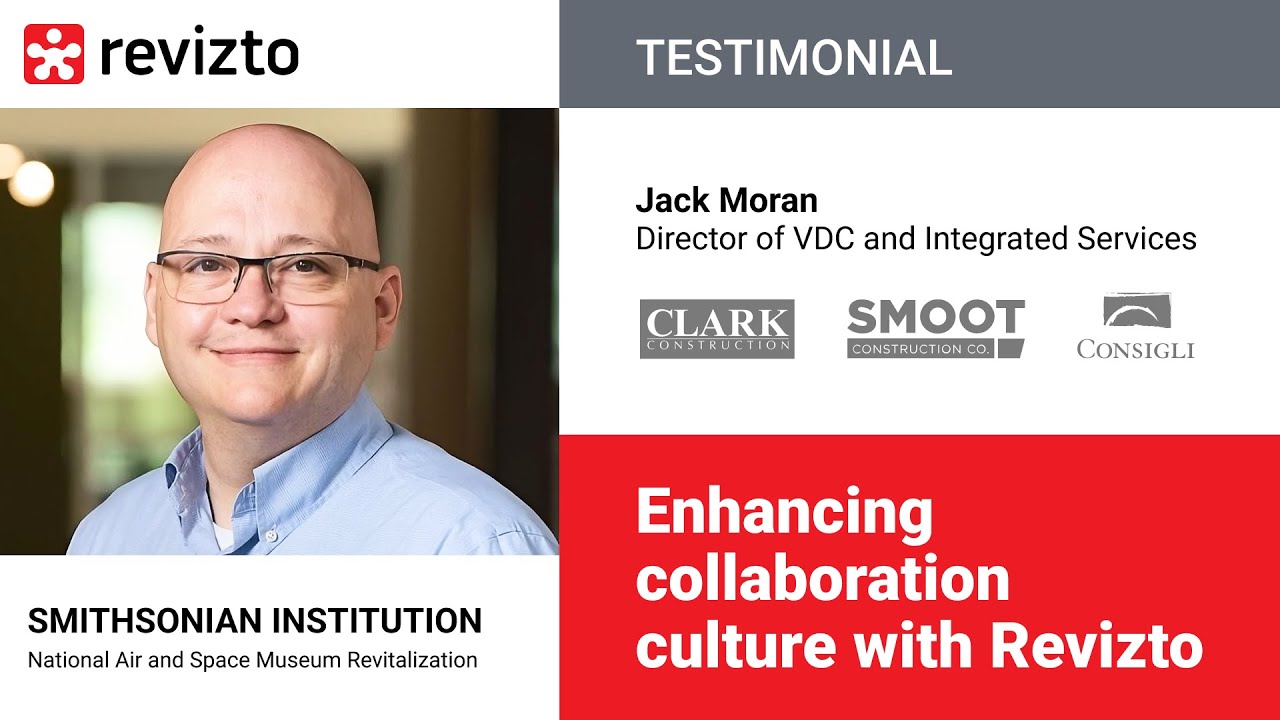 Jason Krumins, Senior VDC Manager of Clark/Smoot/Consigli, noticed there was an opportunity to improve collaboration throughout project implementation. Jason wanted a better solution.

With Revizto, Jason’s team achieved a highly collaborative environment throughout all project phases.

“In construction, there can be an inherent distrust between the builders, the owners, and the architects. This program [Revizto] helps break down the walls because it allows us all to work from one space. It allows us to work better.” This video case study depicts how Revizto is used in the renovation of the National Air and Space Museum. Learn how critical a collaborative environment is for a major landmark project. 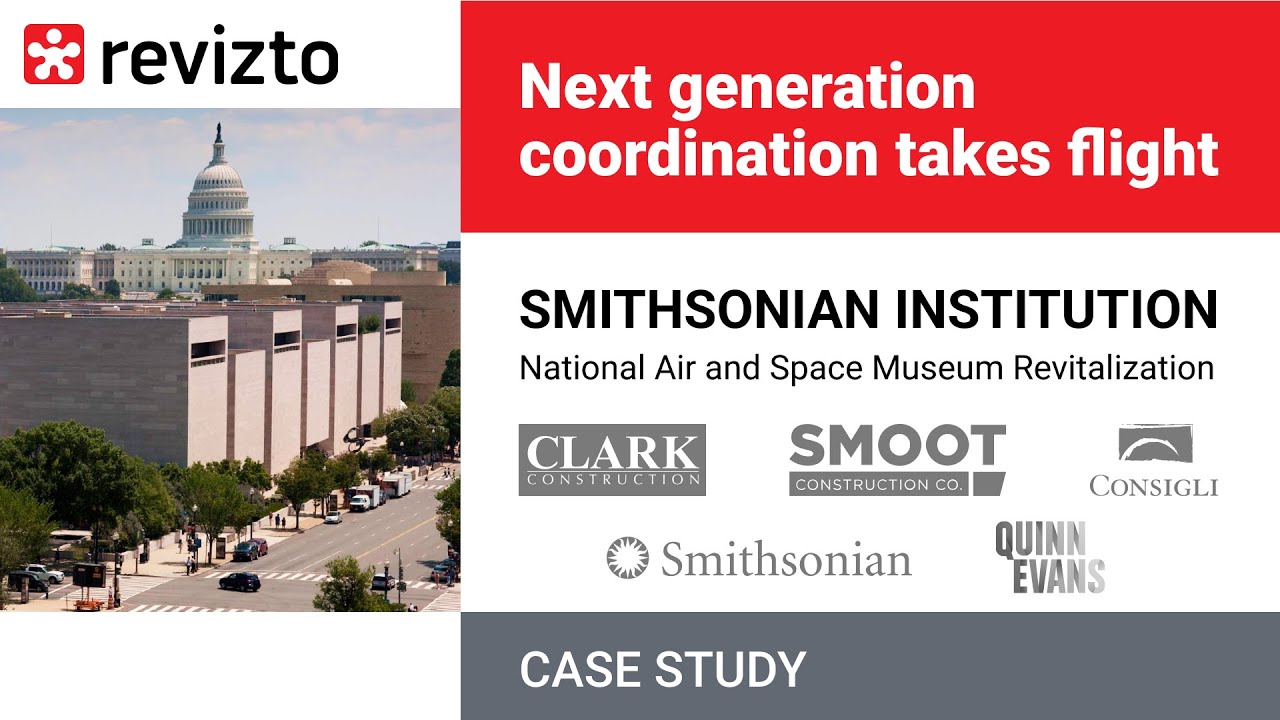 How Construction Technology Saves Time and Money?
The Top 3 Ways to Boost Construction Technology Usage
Download Now
This site uses cookies to ensure we give you the best experience on our website. By continuing to browse this site, you agree to this use. Read more.
Accept
Enhancing Collaboration Throughout the National Air and Space Museum Project The Smithsonian Institution’s National Air and Space Museum (NASM), an iconic modernist landmark on the National Mall since 1976, currently welcomes eight million visitors each year, making it one of the most visited museums in the world. Revizto 2022-11-02 2022-11-02
Revizto
World Trade Center Lausanne Avenue de Gratta-Paille 2 1018 Lausanne, Switzerland
+41 21 588 0125 https://revizto.com/en/